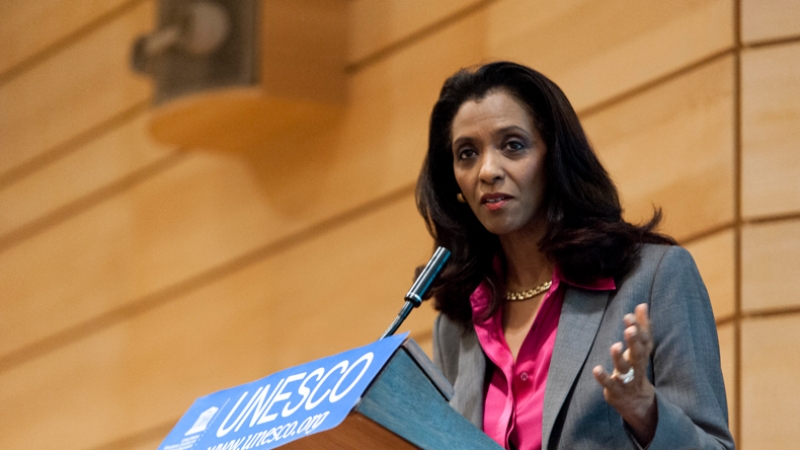 On February 10th 2015 at Unesco headquarters in Paris a groundbreaking project was launched: the making of the inaugural television series based on the General History of Africa volumes compiled by UNESCO. Kush Communications teams up with UNESCO in a partnership sponsored by OCP, Morocco’s state fertiliser company, to bring to our television screens the fruits of a unique endeavour.

Irina Bokova Director-General of UNESCO:  ‘ The General History of Africa is the first truly international and multidisciplinary history of the continent. This project is not only a leading example of UNESCO action in Africa. It also provides a model to promote cooperation through activities based on the expertise of UNESCO’s different sectors in areas such as the writing of history, development of curricula, teacher training, informal education and the use of information and communication technology’.

OCP’s Chairman Mostafa Terrab:  ‘OCP is delighted to be the sponsor of the first televisation of UNESCO’s General History of Africa.  It is an illustration of the role that Morocco is playing on the whole continent of Africa, through economic, political, cultural, educational and social ties with its fellow African states and people. Africa is at last claiming its rightful place on the world stage and looks forward to an even brighter present and future but it can only do so by building on knowledge and understanding of its past. The General History of Africa and its wider dissemination through this tv series marks a major contribution to education about Africa for Africans and non-Africans alike’.

What is the GHA?

The General History of Africa was conceived in the aftermath of the period of rapid decolonisation in Africa in 1964.  The newly independent  African leaders had managed to decolonise their countries after decades of oppression and now they wanted to reclaim their past from the colonialists. They dismissed the deprecating stand of westen academics who had told them that Africa had no history of which it could be proud. Ironic, given that Africans have the longest history of all peoples, for it is the cradle of humankind.

The world’s leading educational, cultural and scientific body UNESCO acted as facilitator and convenor of this ambitious project. They scoured the continent of Africa for the best historians, anthropolgists, archaeologists, musicologists and other experts in their field.   These academics – 80% of them from Africa – carried out painstaking and original research to bring us eight volumes of Africa’s history – from the very beginning – 10,000 years before our era – to modern times.